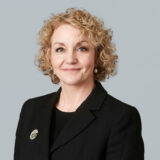 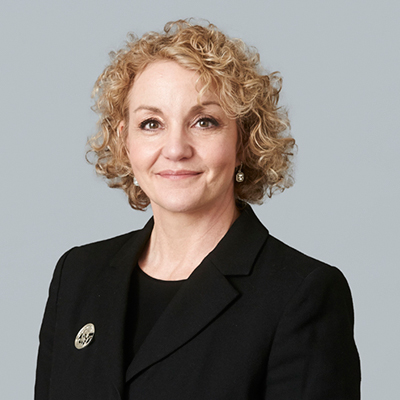 Lisa was called to the Bar in 2011, having already had a successful 15 year career as both a defence solicitor and later as Senior Crown Prosecutor and Crown Advocate.

Lisa enjoys a balanced defence and prosecution practice, is a Grade 3 Prosecutor and an approved RASSO member of the CPS Rape and Serious Sexual Offences Panel, reflecting her previous background as a member of a niche public protection team whilst at CPS.

Lisa’s unique background has given her a depth of knowledge and experience that goes well beyond her date of call. She is well known locally as a thoroughly prepared jury advocate whose attention to detail and exceptional client care skills set her apart from others. Due to this, she is frequently instructed either to prosecute or defend in cases where the Defendant suffers from Mental Health issues or is otherwise vulnerable by virtue of learning disabilities or age.

R v Bodell (defending)
Defendant charged with murder after a victim died of a single stab wound. Lisa was Defence Junior and her preparatory work was led to the fundamental favourable alteration of the presentation of the prosecution evidence.

R v Krolikowska (defending)
Defendant charged with murder of her husband. Lisa built up an excellent client relationship as a result of which the client felt able to disclose key information to her which enabled Lisa to persuade the Crown to accept the client pleading Guilty to Manslaughter by virtue of Diminished Responsibility.

R v S (defending)
Defending with complex learning disabilities charged with numerous sexual offences. The Judge described the matter as an exceptional case and resulted in the imposition of an unusual hybrid Hospital Order.

R v J R M (prosecuting)
Prosecution of historic familial sex case. Lisa’s analysis of the law and evidence led to a fresh indictment being preferred, to which the defendant pleaded Guilty.

R v CB (a child) (defending)
Defendant charged with rapes of his former 15 year old girlfriend. Advice given with regard, in particular, to the obtaining of specific unused material which was potentially undermining. Submissions then made to the CPS on the basis of the Unused Material, the case was reviewed and subsequently No Evidence Offered.

R v Hart (prosecuting)
Defendant was originally charged with possession of c. 2000 indecent images of children and pleaded Not Guilty. Advice given re: future conduct of case and examination of encrypted areas resulting in 21 count indictment and sentence outside the sentencing guidelines.

R v Parsley & Parsley (prosecuting)
Defendants charged with [Armed] Robbery and trial date fixed. This was a late return with several hours of CCTV evidence to be reviewed. Draft admissions and additional evidence served on day of trial due to the examination of unused material. Defendants pleaded Guilty as a result.

R v KS (a child) (defending) – child one of 6 defendants charged with Murder
Successfully argued before High Court Judge that the child was being unlawfully held by GeoAmey and landmark ruling made as a result, meaning special facilities had to be arranged for the detention of the child in the Crown Court. The child was later acquitted.

“I would like to sing the praises of the Barrister who represented me. Yet again she was absolutely brilliant, completely professional and got an amazing result!”  Lay client to Instructing Solicitor