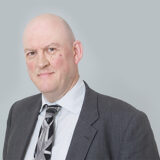 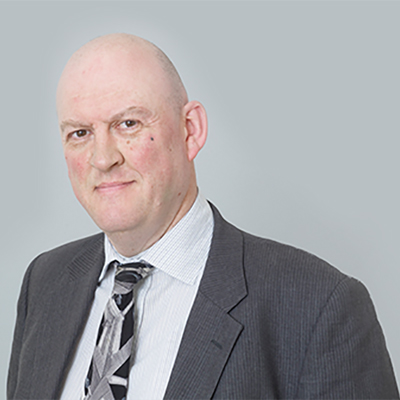 Steven qualified for the Bar in 1992 having completed the Bar Vocational Course where he was awarded a “very competent”. He is a Grade 3 Prosecutor and is an experienced practitioner who has a wealth of expertise in dealing with all types of cases within the criminal arena.

Steven began his career at the Bar with a set of chambers in London, initially practising in the Capital before returning to his native Yorkshire when his chambers opened an annex in York. During that period he had a mixed common law practice, combining a wide variety of civil work with a substantial amount of criminal defence work.

After a number of years Steven re-located to Nottingham, where he had previously studied for his law degree. He has specialised exclusively in criminal law since 2003, both defending and prosecuting.

Whilst he has appeared in innumerable cases featuring those types of offences which are most commonly encountered in day to day criminal practice, such as assaults and public order offences, burglary and theft, drugs offences and dangerous driving, Steven’s practice also encompasses offences of greater gravity such as:-
– Wounding with intent to cause grievous bodily harm;
– Robbery, including armed robbery;
– Sexual offences, including rape and sexual assault;
– Historical sexual abuse and producing indecent images of under 16s;
– Arson with intent to endanger life;
– Causing death by driving;
– Large-scale supply of Class A drugs;
– Firearms offences;
– Conspiracies (e.g. to commit fraud, theft, burglary or robbery, or to supply drugs)

Steven has also participated in murder trials, appearing either as junior counsel for the principal defendant, led by Queen’s Counsel, or alone on behalf of co-accused facing allegations connected to the murder.

Steven is down to earth and personable and a good communicator. He strives to provide comprehensive advice in such a way that clients can properly understand the strengths and weaknesses of the case against them; make sensible, informed decisions about the conduct of their case and also appreciate just what is going on at each stage in the proceedings.

Things which put Steven in a good frame of mind include live music, real ale, curry and sleep.

R v. P – Steven successfully defended a man who had been charged with attempting to murder another man by stabbing him a number of times, demonstrating through his cross-examination of the sole eye-witness that she was manifestly unreliable. He made a successful application for the case to be dismissed at the close of the prosecution case.

R v. S – Steven represented a man with a previous conviction for having sex with an underage girl who was falsely accused by another teenage girl of inciting her to have sex with him too. Once again it became obvious during cross-examination that she was not telling the truth and the case was dismissed at the end of the prosecution case.

R v. W – Steven successfully defended a man accused by two younger siblings of having sexually abused them when they were growing up in the same household some twenty years previously.