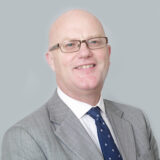 Patrick achieved his Law Degree at the University of Leicester, graduating in 1999. Patrick was called to the Bar in June 2000 and went on to teach Law at Nottingham and Leicester Universities between 2000 and 2001. He specialises in Family Law focused on all Children Act matters and Family Finance. He has a particular specialism in issues around same sex couples, surrogacy and sperm donation.

Patrick has represented clients in numerous same sex cases in the High Court and is able to bring a mature and insightful sensitivity to such cases. He has also built a considerable reputation dealing with cases of alienation. Furthermore, Patrick has a considerable practice in Trust of Land matters and cohabitation disputes.

In September 2021 Patrick was awarded ‘Barrister of the Year’ at the Leicestershire Law Society annual awards.

Patrick accepts instructions on behalf of parents, Local Authorities, the Official Solicitor and Children in the most difficult and troubling of public law Children Act cases. He has been involved in cases at all levels including the Court of Protection and Court of Appeal. Many of these cases have involved the most complex of issues. Amongst these issues have been allegations relating to the death of children, allegations of serious sexual and physical abuse perpetrated against children, carers and others and allegations of emotional abuse and neglect. He has represented many parents and carers with learning and physical disabilities. Many of Patrick’s cases are heard in the High Court and appeals to the Court of Appeal.

Patrick has been involved in many Private Law Children Act cases involving the most intractable of disputes. He has represented parents, other carers and children in such cases. He is able to step outside paradigms in order to achieve solutions to such disputes and bring a novel insightful approach to such conflicts in order to achieve resolution. Patrick is sought out by solicitors when such an approach is needed.

He has a reputation for being able to relate well to people and inspire confidence. Patrick has developed a considerable practice dealing with the most intractable of cases where alienation is involved. Again many of Patricks cases are heard in the High Court and appeals to the Court of Appeal.

Across all areas, Patrick is regarded by many as the Counsel of choice when dealing with cases which involve same sex couples, whether this is in public law or private law Children Act cases, Schedule 1 disputes or cohabitation issues. He had a clear and comprehensive grasp of the legal and human issues which might arise in such cases. He has represented clients in many such cases before the High Court.

Patrick is a qualified family arbitrator, a member of the Chartered Institute of Arbitrators and the Institute of Family Law Arbitrators. Arbitration is now available as an option for dispute resolution in matrimonial finance disputes, co-habitation property disputes and private law children act disputes. It has many advantages above resorting to the Courts. The parties are able to choose their Arbitrator, set the terms of reference for the arbitration and it is likely to be much quicker that resorting to the courts.

Arbitration provides a consistency of decision maker which the courts can’t. It can provide a degree of certainty which is not often the case with the courts and has the potential to be much cheaper that the courts.

Much of Patrick’s practice is in Matrimonial Finance (Ancillary Relief). He is familiar with cases at the most complex level where his common sense approach is greatly valued. Patrick has a past in business management and has a natural acumen with figurers. Furthermore, his ability to relate with people and his ability to negotiate robustly are considerable assets when achieving good outcomes for clients.

In addition to acting as an advocate within court proceedings, Patrick is also available for instruction for out of court processes such as mediation, arbitration, Private FDRs and Early Neutral Evaluations. You can find out more about these processes here.

ToLATA
Trusts of Land and Appointment of Trustees Act (ToLATA) Patrick has dealt with many difficult and complex cases concerning trusts of land matters and cohabitation issues. Many of these cases have also involved Children Act 1989 Schedule 1 issues. He has had to deal with difficult issues of law and fact before the High Court and his commonsense approach has served his clients well.
Public Access

Patrick is qualified for public access and has dealt with a considerable number of matters on that basis. He accepts instructions on a public access basis on all areas within which he works.

“Patrick is an absolute credit to your firm. He had taken the time and trouble to read the background to this case and made the parent feel like he “knew” the case. He was brilliant at putting her at ease, speaking to her at her level and gave her the confidence to express that she would want him acting for her for the duration of her case. He is a barrister I would certainly recommend in the future.”

Patrick was born and grew up in Ireland. He moved to the UK in 1980 when he was 20 years old. He worked for many years as a hotel manager and publican before achieving his law degree and qualifying for the Bar. He has spent all his working life working with people and he has accumulated considerable life experience which serves him very well at the Bar.

Patrick has a reputation as an insightful and robust advocate in his clients cause. He brings a sensitivity to how he relates to his lay clients which places him in considerable demand where sensitive and careful handling is required.