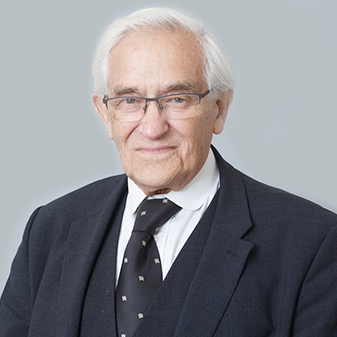 Noel gained his Law Degree at Oxford from 1955 to 1958, previously completing his National Service in the Royal Fusiliers (City of London Regiment). He specialises in all areas of crime and has extensive experience both prosecuting and defending.

He was admitted as a Solicitor in 1966 and was an equity partner at Langleys of Lincoln from 1969 to 1974. His practice is now predominantly defence, including public order, serious sexual offences, fraud based offences and homicide. With particular expertise dealing with breaches of Community and Suspended Sentence Orders, Noel provides specialist representation of tariff-expired lifer prisoners at Parole Board Panel hearings at prisons throughout England.

Noel has great experience defending Army and RAF personnel of all ranks at Courts Martial in the UK and Germany on service and civilian offences. He has made a number of appearances in the Court of Appeal (Criminal Division).

Noel is a member of the Midland Circuit and the Criminal Bar Association. He also undertakes Prison Law and Courts Martial cases.