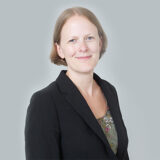 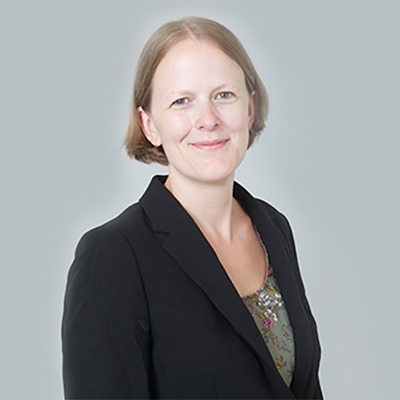 “Louise is very good with the clients. She is extremely knowledgeable, has a lovely approach and provides clear feedback after hearings in a timely way. She is very accommodating.”

Louise was called to the bar in 2004 and joined chambers upon successful completion of her pupillage the following year.

Whilst initially practicing in all areas of law, Louise has specialised exclusively in family law since 2009. By initially having a such diverse practice background,  Louise has the unique skill to be able to understand and appreciate how the different areas of law can intersect.

Louise has considerable experience of Public Law and Private Law Children Act proceedings with a particular emphasis on complex finding of fact hearings where she acts on behalf of all parties and regularly cross-examines paediatricians, radiologists, psychiatrists, psychologists and other expert witnesses on many issues.

She acts for local authorities, parents and children and is often sought out to represent the most vulnerable of clients, particularly those with serious issues with regards to capacity. Louise has acted for competent children on a number of occasions and has considerable ability to explain complex issues and explore emotional and distressing matters with young people.

Louise prides herself on representing all sides in this often contentious and emotional area of family law. This allows her to understand the motivations, strategies and priorities of the ‘other side’. She has consequently represented Local Authorities with the same vigour as parents, grandparents, children via their CAFCASS Guardians, intervenors and teenagers.

She has dealt with all levels of hearing and Court. Fact finding hearings have considered serious injuries to children and babies, sexual abuse, significant physical and emotional injury. A more recent case involved the battle raged between two sides of a family following the murder of a parent.

The use of interpreters and intermediaries is increasingly common and Louise is very experienced with tailoring her explanations to the particular needs of a client.

This area of law provides a particular kind of challenge to all parties involved. Louise has considerable experience in acting for parents, children and other family members. Increasingly at least one party is representing themselves and Louise believes that dealing with such litigants with respectful but firm challenge is often a successful approach.

As with care proceedings, Louise has acted in a variety of Fact Finding hearings. She was also instructed in a complex High Court case with PII issues warranting an open and closed procedure.

Louise enjoys the different demands required in this area of law.

She has dealt with weighty cases and those involving significant financial conduct and fraud. She is sensitive to the significant emotional issues involved in these types of cases, particularly difficult when the Court pays little heed, as well as the often more challenging cases where assets cannot meet needs.

In addition to acting as an advocate within court proceedings, Louise is also available for instruction for out of court processes such as Private FDRs and Early Neutral Evaluations. You can find out more about these processes here.

Legal 500 2022 – Child Law (Public and Private) Ranked: Tier 3
‘Louise is very good with the clients. She is extremely knowledgeable, has a lovely approach and provides clear feedback after hearings in a timely way. She is very accommodating.’