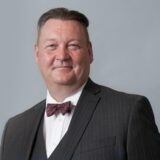 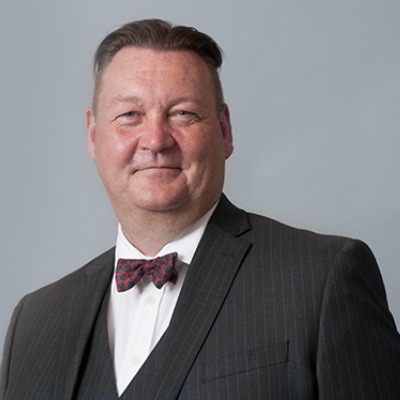 James is a barrister who has always specialised in criminal law. He cross qualified and was admitted as a solicitor in 2003, running a busy solicitors practice for 12 years, before returning to the Bar. For the last 10 years James has predominantly appeared in Crown Courts in the Midlands.

With experience of every aspect of the criminal justice system, James understands fully the issues faced by his professional and lay clients. He has conducted criminal cases at all levels of seriousness and has been led on three lengthy murder trials, securing acquittals on all three. Obtaining a certificate of competency in prison law in 2007, James has successfully conducted many adjudications and parole hearings. Having appeared in the Court of Appeal on a number of occasions, James is often instructed to advise on appeal and then present those appeals at the Royal Courts of Justice.

The son of a career soldier, the product of a military education and a former Reservist, James has a keen interest in all things military and is happy to accept instructions for Court Martial and Service Law.

James accepts instructions for all types of criminal cases, acting under a legal aid order or on a private basis. James is Public Access accredited, on the 2020-2024 General Crime Panel at level 1 and is a member of the Criminal Bar Association.

Patel & Others [2021] EWCA Crim 231
Unsuccessful challenge to the imposition of the 2020 Sentencing Provisions not being considered by the sentencing Judge.

R v JB
JB originally faced allegations of Conspiracy to Supply Class A Drugs x2 and Being Concerned in the Supply of Class A Drugs x2. This was a County Lines case with the Crown asserting that JB was playing a significant role. After representations by James over the course of a year awaiting trial, the Crown conceded their case and accepted a guilty plea to a single count of Possession With Intent to Supply, wholly separate to the conspiracy, which resulted in a Conditional Discharge for JB.

R v AD
AD faced an allegation of Affray where a man was beaten by a group, receiving “glassing” injuries from beer bottles. AD had waited over a year for trial and James was called in at the last minute to conduct the trial. James made written and oral representations to the prosecutor the day before and on the day of trial. Following these submissions, the Crown offered no evidence and AD was found not guilty of all allegations.

R v RB
RB faced an allegation of Assault Occasioning Actual Bodily Harm. The whole incident was caught on cctv and showed RB attack, fight with and beat up the complainant. RB relied on self-defence and was found not guilty by the jury.

R v C
C pleaded guilty to a sexual assault upon a lone stranger, the allegation being that this was a well planned but badly executed attack and that, but for the actions of the victim, it would have resulted in a far more serious offence being committed. C was arrested following an extensive police investigation including multi media. He entered a timely plea and against all expectations, was made the subject of a suspended sentence order.

“A robust and tenacious advocate, specialising in Criminal Law. Believes passionately in justice and the proper application of the law.” Legal 500

“Expertise: All areas and aspects of Criminal Law, including Road Traffic, Sex, Drugs and Violence.” Legal 500