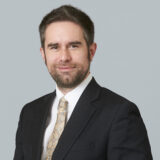 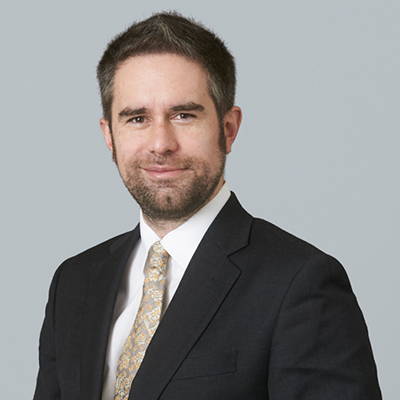 “Exceptional ability to explain complexities to a client with learning difficulties and who required the use of an intermediary.”

James has an outstanding practice spanning the fields of children law, matrimonial finance and protective injunctions. He has a reputation as a skilled and experienced advocate who deals with high profile, complex and sensitive cases. He has acted as leading counsel and also led by Queen’s Counsel.

James deals with cases involving serious violence, sexual abuse and the chronic neglect of children. He has particular experience of cases involving:

He has experience in applications under the inherent jurisdiction to restrict the liberty of vulnerable children, stop inappropriate associations and to prevent publication of information (including details of criminal proceedings).

He has been instructed by the Official Solicitor and for vulnerable clients (e.g. autism, deafness).

A mother who stabbed her boyfriend, with him then dying in the presence of the child.

A mother starving her young child near to death, whilst convincing medical professional that the child was suffering with a serious illness.

The abduction of two children by their mother, she having become convinced that the father posed a serious sexual risk despite the court ruling that this was not the case.
A large-scale drug dealer in a ‘turf war’ with other criminals, including – amongst other concerns – a shooting at the children’s home, an arson attack and the use by the local authority of covert surveillance.

A traveller family with a series of difficult issues arising, including: a father suspected of murder; an aunt suspected of feeding a child bleach and allegations of the social workers being under surveillance by the family.

James is experienced in cases with allegations of domestic abuse, serious harm to children and parental alienation.
Examples of James’ private law cases include:

A self-described doctor who attempted to abduct the child to Mexico, and subsequently attempted a further abduction from contact.

Allegations that a mother was grooming the children to join an overseas terrorist group. Appeared against Queen’s Counsel.

A dispute between parents as to whether their child should go to Poland for medical treatment that was illegal in Britain.

James also has experience of other legal applications arising from family law cases. This has included claims under the Human Rights Act where local authorities have breached the rights of children, applications for judicial review of the decisions of local authorities in respect of children, drafting applications to the European Court of Human Rights arising from family cases and advising on the powers of the criminal court to restrict publication of information about children. Examples include:

Throughout his career James has appeared on a large number of notable cases, however most recent examples include:

X (A Child) (Jurisdiction and Habitual Residence Issue) [2021] EWFC B81. Appeared for a local authority. A child resident in Australia had been left with a relative for an extended stay in Britain but had not been returned due to the imposition of Covid-19 travel restrictions. The court had to decide whether the travel restrictions meant the usual rules on habitual residence should apply.

Nottinghamshire County Council v. J (The Mother) [2021] EWHC 1651 (Fam). Appeared for a local authority. An application for a declaration that spinal surgery on a fourteen-year-old boy was in his best interests. The court was asked to balance the potential benefits of the surgery against the risks of death or disabling injury.

O (A Child) (Judgment: Adequacy of Reasons) [2021] EWCA Civ 149. Appeared for a local authority. An appeal against findings that a father had anally raped his four-year-old daughter on successive occasions during contact sessions. Guidance given on the circumstances in which it is appropriate to ask for clarification of a judgment.

N (A Child) (No.3) (Content of Care Plan) [2020] EWFC B58. Appeared for a local authority. The court considered the extent to which a children’s guardian can require additions to a final care plan.

LA v. MS and others [2019] EWHC 3329 (Fam). Appeared for a local authority. An application for an interim care order where the mother was alleging that her nine-year-old child had tried to kill her, by poisoning her drinks and injecting her with toxins whilst she slept.

N (A Child) (No.2) (Psychological Assessment) [2019] EWFC B83. Appeared for a local authority. The court considered the need for a psychological assessment of the ability of a grandmother to protect the child from the possible fabrication of illness by her mother.

R, S and T (Children) [2019] EWFC B86. Appeared for a local authority. The court made findings in respect of a father filming the mother having sex with their learning-disabled son, an adult cousin sexually abusing the learning-disabled child and the father facilitating this.

N (A Child) (No.1) (Fact Finding: Induced Illness) [2019] EWFC B83. Appeared for a local authority. Finding of fact hearing in respect of a mother presenting her young child over a long period as being seriously ill from an unknown cause. The mother had in fact been starving the child and administrating overdoses of laxatives. The child was near death when protective measures were taken.

M (Children) (Risk of Serious Harm: Contact) [2019] EWHC 39 (Fam). Led by Queen’s Counsel for a local authority. The court considered allegations that a mother had abducted her children, believing that this was necessary to protect them from sexual abuse by their father, and later co-operated in an arson attack on the father’s home after the children had been placed with him.

Legal 500 2022 – Child Law (Public and Private) Ranked: Tier 2
‘Exceptional ability to explain complexities to a client with learning difficulties and who required the use of an intermediary.’