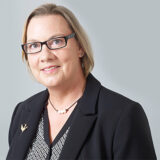 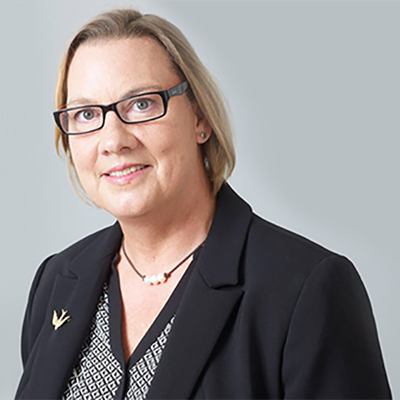 Tracey joined KCH Garden Square in 1995, being called to the Bar in the same year, and now practises exclusively as ‘special counsel’ in matters relating to Public Interest Immunity and Legal Professional Privilege.
Largely instructed by the Police and other public bodies, Tracey also undertakes independent counsel advisory work in criminal and family law matters.

As ‘special counsel’, Tracey has assisted the High Court in a large scale murder case where independent opinion was sought, by the trial judge, on police procedure and conduct. In relation to computer crime, Tracey was nominated Counsel for Nottinghamshire to prosecute all ‘Operation Ore’ cases – an international operation, originating in the United States, into the investigation of the use of the internet to distribute child pornography. She was also asked to join a dedicated pool of approximately 20 barristers nationwide to have conduct over computer crime cases insofar as it related to child abuse. Having successfully completed a course in Data Recovery and Analysis at the Centre for National High Tech Crime Training, Tracey is very experienced in the effective presentation of computer evidence in the court setting.

Tracey has a strong criminal practice specialising in Serious Sexual Offences, Computer Crime (including distribution of child pornography) and Fraud (both prosecuting and defending multi-million pound cases) having also been instructed as Junior Counsel in many murder trials.

For the past 10 years, Tracey has been involved in advising a number of Local Authorities and charities (i.e. Childline) in matters relating to Public Interest Immunity insofar as it relates to third party material. She is fully conversant with the National and Local Protocol for Disclosure in Criminal Cases.

Tracey is regularly instructed by the police to advise on matters relating to Legal Professional Privilege in relation to police searches and seizures and the Regulation of Investigatory Powers Act 2000.

Before graduating from Nottingham University with an LL.B (Hons) and then completing her Bar Finals at the Inns of Court School of Law, Tracey graduated from Hull University in 1982 with a Bachelor of Education Degree in PE and Mathematics, teaching for four years. She also achieved a Diploma in Educational Inquiry (Human Relations, Counselling and Pastoral Care) in 1986.

Tracey is currently retained by Nottinghamshire Police to deliver training for trainee detectives on ‘courtroom skills’.

She is a qualified IATC advocacy trainer, has taught to the Attorney-General of Malaysia’s advocates and was appointed by the by the Bar Standards Board to act as an external examiner for a number of BVC providers.

Instructed by the Police and CPS to act as Independent Counsel in a case in which a couple set fire to their own home, killing 6 of their children, aged between 5 and 13 years.

The couple, assisted by a friend, attempted to portray the fire as an arson attack, having set a false trail to implicate Michael Philpott’s former partner in order to discredit her as part of an ongoing custody battle.

Defended allegations of a multi-million pound fraud and money laundering, by use of debit cards on an international scale. The frauds were said to have taken place across the UK, Ireland, Greece, Cyprus, Bulgaria and USA. The case involved massive use of what is apparently known in international police circles as “the Greek fraud” – a co-ordinated and well organized attack on bank accounts via ATM’s, resulting in a complex international ‘paper chase’ being created.

R v MC and Others
“The Lincoln Riot”

Instructed as junior counsel to defend one of the main players of 26 defendants involved in the largest prison mutiny since Strangeways in 1991. The cost of the mutiny, to the taxpayer was £2.75 million and to the NHS was £43,000. The authorities lost control of the prison for 8 hours. There were fires, explosions and sheer lawlessness. One prisoner died and 35 people required medical treatment.

Instructed to defend 42 allegations of possessing, making and distributing indecent images of children. The defendant was found to be in possession of approximately 280,000 images, one o the largest cases of its type in the UK. The images were described by an experienced officer as some of the worst images he had seen, from young babies from 6 months onwards being abused by adults and animals.