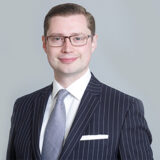 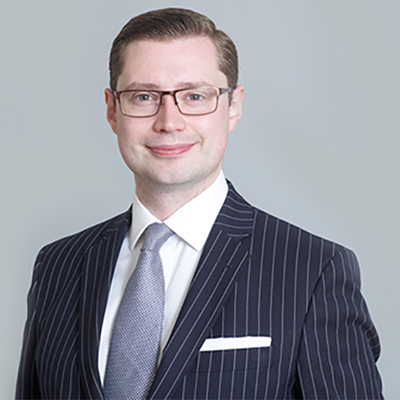 Oliver was called to the Bar in 2011 by the Honourable Society of Lincoln’s Inn of which he is a Hubert Greenland Scholar. He studied law at the University of Leicester and completed the Bar Professional Training Course at Nottingham Law School.

Oliver is a civil practitioner who completed his pupillage with KCH Garden Square. He enjoys a busy practice and is experienced in commercial disputes, landlord & tenant proceedings, claims relating to anti-social behaviour and insurer litigation.

Prior to joining chambers, Oliver acted as a County Court Advocate with the country’s market leading provider of Solicitor’s Agents. As an advocate, Oliver gained significant experience of County Court business heard by District Judges.

On graduating from the BPTC, alongside his practice as a County Court Advocate, Oliver began teaching undergraduate contract and public law at the University of Leicester where he is a popular and effective tutor. Oliver continues to teach, mentors students, and assists with the University’s mooting and debating programmes.

Oliver has a clear, concise and robust style of advocacy and has particular interest in contractual disputes and claims relating to possession and anti-social behaviour. Oliver’s professional clients appreciate his excellent client care and collaborative, approachable style of working. To that end he is frequently instructed by, and on behalf of, local authorities, housing associations and insurers. Oliver is a popular choice with lay clients, who appreciate his personable and pragmatic approach.

As an undergraduate student at Leicester, Oliver held a number of student society positions, including Vice President of the United Nations Society and Competitions Secretary of the Student Law Society. Oliver also won a number of mooting and debating competitions including:

Away from chambers, Oliver enjoys cooking, jazz and follows Formula 1 and the Leicester Tigers.

Oliver, along with family practitioner Jamal Jeffers, established a new award at the University of Leicester in an effort to boost diversity at the Bar.

The Award, which will be first granted in the 2021 academic year, will be granted each year to a student in their second year of study of a Law Degree at Leicester Law School and provide financial assistance covering approximately two years’ worth of textbooks as well as mentorship from both Jamal and Oliver. The recipient, selected on academic merit, will have aspirations of practising at the Bar and be from a demographic which is under-represented in the profession.

Jamal and Oliver hope that the Award will help to boost diversity in the profession and aid social mobility, an objective rightly pursued by the likes of The Bar Council of England and Wales, KCH Garden Square and the Midland Circuit’s Social Mobility Committee.

Oliver is regularly instructed to settle pleadings, advise and represent clients in contentious commercial disputes arising from both business to business and consumer contracts.

He has considerable experience in dealing with a range of commercial disputes; such experience includes claims founded upon contracts for the sale of goods and/or services, building disputes, sale and installation of defective machinery, negligent references and the purchase of vehicles which are said to have been stolen.

Oliver has a particular academic interest in contract law, which he teaches at the University of Leicester. He offers clear, concise and comprehensive advice, sympathetic to the wider commercial interest of the client.

Oliver also has experience in contractual claims with significant personal importance, including major events such as weddings or holidays where enhanced damages may be sought for distress or loss of enjoyment.

Oliver is also a member of the Equine Law group at KCH Garden Square and receives instructions to advise, represent and settle pleadings on a wide range of equine and animal disputes. He also has experience of claims founded upon the Animals Act 1971.

Where there are deficiencies or defects present in relation to the purchase of animals, goods or services, Oliver can provide advice, representation and settle pleadings in claims for refunds, rescission, other losses and misrepresentation.

For professionals and suppliers, Oliver accepts instructions in relation to recovery and enforcement of debts and other commercial or contractual disputes.

Oliver has significant experience in proceedings on behalf of local authorities, housing associations and the police in relation to anti-social behaviour and is routinely instructed to pursue injunctions and other orders pursuant to the Anti-Social Behaviour, Crime and Policing Act 2014.

Oliver frequently receives instructions to provide advice and settle pleadings on the use of injunctions to regulate conduct not just in relation to individuals and properties, but also wider areas such as town centres.

Oliver also provides advice and representation on enforcement of injunctions and closure orders, frequently appearing at hearings of applications for committal, securing positive outcomes for applicants.

The Police also instruct Oliver in relation to Domestic Violence Protection Orders pursuant to the Crime and Security Act 2010 and the pursuit of injunctions.

Oliver has a particular academic interest in public law, which he teaches at the University of Leicester and to that end is regularly instructed by local authorities and housing associations.

He is experienced in both private rental and housing possession claims for which he predominantly receives instructions on behalf of Claimants to provide advice, representation and settle pleadings.

Oliver receives instructions on behalf of insurers, typically involving road traffic accidents and credit hire. His thorough preparation and robust style of cross examination lends itself to trials on liability, for which he is frequently instructed.

Oliver has significant experience in procedural applications, costs and case management conferences and trials on issues of liability, causation and quantum.

In credit hire disputes, Oliver has developed a strong defendant practice in mid to high value claims and is regularly instructed in trials where enforceability, rate and period are in issue, often achieving favourable outcomes, including wholesale dismissal of claims.

He is a popular choice with solicitors in credit hire litigation for his sound knowledge of authority, pragmatic approach and trial advocacy.