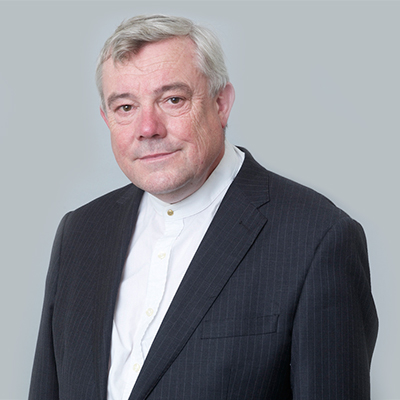 Jonathan was called to the Bar in 1987 and has a predominantly criminal practice. Being a Grade 3 Prosecutor he is highly regarded for his tenacity as an advocate – prosecuting or defending. He has considerable experience in dealing with all manner of serious offences in the Crown Court.

In particular, Jonathan has prosecuted and defended in many cases of murder, rape, drug supply and fraud. He appeared for the defence (alone) in the case of R v Ford (Oxford Crown Court 2003) and successfully defended a young man charged with rape and other forms of abuse within a corrupted family [R v Hudson, Nottingham Crown Court 1996].

Jonathan has a particular interest in Fraud cases, Proceeds of Crime offending and other related economic crime. He appeared in the case of R v Obern & Others (Leicester Crown Court 2005) and successfully prosecuted a fraudster who had targeted various charitable causes and social funds nationally. This case was highlighted in a Sunday Times Expose under the title “Dirty Rotten Scoundrels” (July 14 2004).

Jonathan has also acted for HM Customs and Excise and the Health and Safety Executive. He has also appeared in Courts Martial for HM Forces overseas. He has an additional interest in Military Law and Human Rights Law.