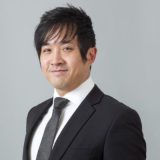 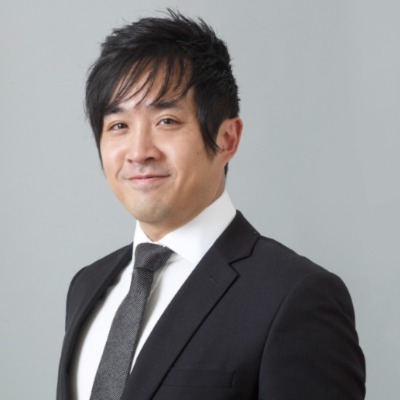 Joey was called to the Bar in 2005 and is a Jules Worth and Benefactors Scholar and a Harmsworth Scholar of the Middle Temple. Originally from Hong Kong, he studied Law at the University of Cambridge and completed the Bar Vocational Course at Nottingham Law School, with specialisms in Crime and Immigration.

Since joining Chambers, Joey has developed a busy criminal practice for both Prosecution and Defence. Instructed on Crown Court trials across the East Midlands and West Midlands, his work covers a broad spectrum of crime.

Joey has successfully represented HMRC and the Police Constabulary in regulatory offences, and is developing his civil practice. Most notably, in the case of R v Caldwell, he successfully responded on behalf of the Leicestershire Constabulary to an appeal against the making of a Sexual Offences Prevention Order. At the time, Mr. Caldwell was one of three people on Leicestershire Police’s most at risk list.

Prior to joining Chambers, Joey worked as a barrister for the Crown Prosecution Service. As well as advocacy experience, Joey gained much litigation experience in the CPS. His most notable cases include:

R v Tarsoly – Joey secured a Murder conviction, where he was commended for his early identification of the issues and his handling of disclosure.

R v Johnson, Morley and Shaw – Joey secured convictions for a multi-handed Conspiracy to Burgle, where three defendants burgled 54 different homes across Nottinghamshire, Derbyshire and South Yorkshire. The Prosecution team was commended on the preparation and presentation of this complex case involving a telephone cell siting.

R v Swift – Joey successfully prosecuted Mr. Swift for Tax fraud. Mr. Swift falsely claimed over £180,000 of business expenses. Joey was able to explain the complex bank transactions of Mr. Swift’s 9 bank accounts to the jury, and persuaded them to find Mr. Swift guilty. After advising on proceeds of crime confiscation, Joey obtained the entire amount of tax owed back to the HMRC.

R v Smith – Joey successfully prosecuted this contested sentencing hearing. Mr. Smith’s mental health led him to using samurai swords in a park. The Defence sought to persuade the judge to allow Mr. Smith to be treated in the community. Joey carefully examined the defendant’s two psychiatrists and successfully persuaded the judge to make a Hospital Order with a section 41 Restriction instead.

R v Fynes – Joey defended Mr. Fynes for Possession of class B drugs with intent to supply and Failing to surrender to custody. In 1999, the Police caught Mr. Fynes with 52 kg of Cannabis and £8000 cash. Mr. Fynes then fled the country for 15 years until he finally arrested under a European Arrest Warrant. Mr. Fynes pleaded guilty and the Prosecution applied for a Proceeds of Crime Confiscation Order. Joey mitigated Mr. Fyne’s sentence of imprisonment to three and a half years, and successfully persuaded the judge not to grant a Confiscation Order.

R v Wayne Rear – Joey successfully defended Mr. Rear for Assault occasioning Actual Bodily Harm and Breach of Non-molestation Order.  Mr. Rear was picked out by his ex-parter and a friend as the person who broke into her home to assault her.  Mr. Rear was arrested the next day wearing the same clothing he allegedly committed the offence in.  Mr. Rear denied he was present.  Joey cross-examined the witnesses on their identification and their credibility, and the officer in the case on the multiple mistakes made by the police during the investigation.  The jury returned a verdict of not guilty.

R v Matthew Joyce – Joey successfully defended Mr Joyce for Having An Offensive Weapon.  The complainant and Mr. Joyce both accused each other of setting up this confrontation.  The issue was who telephoned who first.   Joey drafted a detailed defence statement with disclosure requests, including caselaw.  Joey was informed the telephone traffic data supported the Crown case.  Joey insisted on disclosure of the raw material, which upon review in fact showed the police only requesting incoming call data for the complainant and outgoing call data for Mr. Joyce.  This was missed by all other parties.  As a result, the Crown offered no evidence against Mr. Joyce.