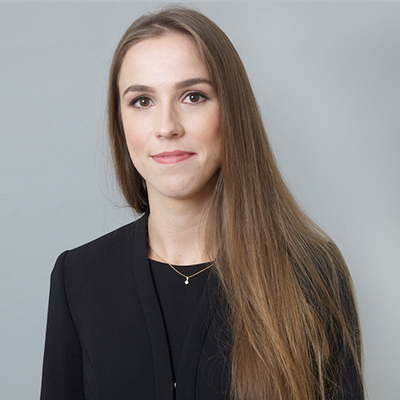 Elisabeth was called to the Bar in 2012 and now practices as a criminal barrister. She completed a common law pupillage at a leading set and practised in London before relocating to KCH Garden Square in July 2016.

Elisabeth both defends and prosecutes in all areas of criminal law. She represents those charged with drugs, dishonesty, fraud, firearms, proceeds of crime, sexual and violence (including domestic violence) offences. She is a busy trial advocate in the Youth, Magistrates’ and Crown Courts. Elisabeth has extensive experience of road traffic offences in both the Magistrates’ and Crown Courts.

In addition to defending a broad spectrum of offences Elisabeth also prosecutes on behalf of local authorities under the Housing Act, illegal street trading, food and hygiene regulation offences and a wide range of benefit fraud. She has also been instructed to prosecute by the Crown Prosecution Service and the Probation Service.

Elisabeth is regularly instructed by the Serious Fraud Office to assist with fraud and bribery cases, including the LIBOR and Foreign Exchange Market investigation. She is currently working part-time as independent LPP Counsel on a major investigation for the SFO.

Her reputation for detailed preparation of cases, a forensic approach to disclosure and robust trial advocacy has led to an increase in written work. She frequently advises on evidence, prospects and appeals.

“On the basis that I have instructed Miss Evans in relation to a wide variety of matters, I would consider that she is extremely bright and demonstrates an extensive legal knowledge in particular respect of criminal law, where she is more than able to apply her skills and ability across the board.”

“Miss Evans is very approachable, straightforward, knowledgeable and a pleasure to deal with. I have always been more than satisfied with the outcome of the cases clearly demonstrating that she is a very competent Counsel.”