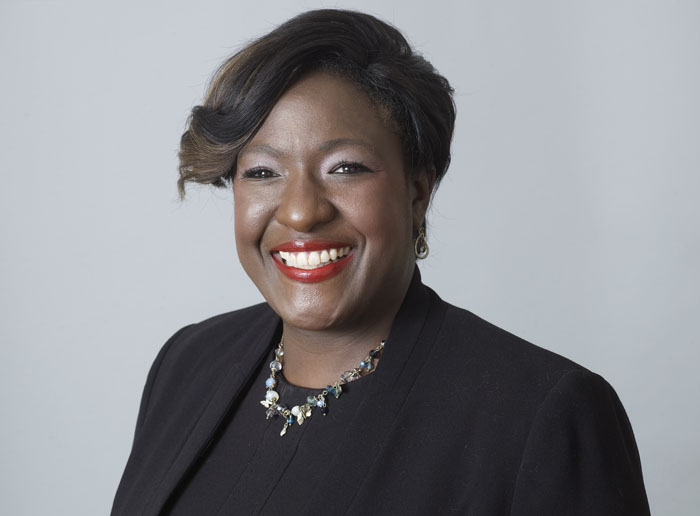 Karen Kabweru-Namulemu in the Court of Appeal

Karen Kabweru-Namulemu has successfully appealed a case management order in the Court of Appeal discharging an order granting an expert assessment of her vulnerable client. Here she summarises the facts and guidance from the case.

COVID19 has presented challenges for us all. There are pressures of time on all involved in the Family Justice system; not to mention the voluminous amount of email traffic brought about by remote working. We are rightly concerned with reducing and avoiding delay in accordance with s.1 (5) Children Act 1989. However, the current backlog in the system, present before the pandemic and exacerbated by it, has increased the pressures on the judiciary and practitioners alike which can make summarily dealing with applications, on the face of it, attractive. Whilst we must keep an eye on delay, and protect the public purse by avoiding unnecessary hearings, such factors must not be at the expense of justice and/or a fair process.

This Appeal arose out of a swift case management decision made by Her Honour Judge Williscroft (Designated Family Judge for Derby) on 14 April 2021, during a rapid exchange of email correspondence. The order made discharged a previous order for a psychological report to be prepared in relation to the Appellant mother.

The appeal illustrates the problems that can arise when emails, a convenient but relatively informal means of communication, are used to make applications and orders. The essential point from the case is, that whatever form an application takes and whether or not there is a hearing, the same standards of procedural fairness should apply.

The case concerned four young children who had been removed from their mother’s care in 2020.

The mother had been assessed as having extremely low cognitive functioning and difficulties with reading and retaining information. She was assigned an advocate to support her in meetings with professionals and she is assisted by an intermediary within the proceedings.

Due to a history of domestic abuse and the mother’s cognitive difficulties the Local Authority applied for a psychological assessment of the mother. The application clearly set out the reasons why such an expert assessment was necessary. That application was unopposed and deemed necessary by the court on 21st December 2020; the expert was directed to prepare their report by 15th April 2021.

The order granting the application also contained standard directions that permitting applications to be made by email, but they had to be made (a) to the allocated judge, and (b) accompanied by information about the position of the other parties.

The mother was offered a first appointment with the expert to take place on 29th March, which she did not attend. This was communicated by email to the solicitor for the children on the same day. An email was circulated to the parties asking whether another appointment should be obtained.

Those representing the mother responded the following day confirming, the mother, with her needs, had forgotten about the appointment but wished to have it rearranged. The solicitor for the children responded and confirmed that a request for another appointment would be made and clarification sought as to whether the timetable could be maintained.

A second appointment was arranged for 7th April. On the same day the mother’s solicitors contacted the expert informing them that they had received no response from the mother to confirm attendance for the appointment. Three further alternative appointment dates were offered by the expert and it was confirmed that an extension of time was required for the filing of the report.

There was further email correspondence between the parties to ascertain the mothers up-to-date instructions given that she was uncontactable, had failed to attend her first booked appointment and had not responded to efforts to fix a replacement appointment. The solicitor for the children raised the issue of non-compliance with the parties and informed them she would be seeking instructions on whether the order for the expert assessment should be discharged.

On the afternoon of the 13th April the children’s solicitor wrote to the parties confirming that she was instructed by the Guardian to write to the court to seek for the direction granting permission for the instruction of the expert to be ‘vacated’.

Early on the morning of the 14th April the Local Authority responded, informing parties that the social worker had just been notified that the children’s maternal grandmother had died on 4th April, and that this may account for the lack of response from the mother. Unbeknown to the parties the maternal grandmother became ill suddenly. The mother had to call for an ambulance on 1st April and she passed away on 4th April.

The mother’s solicitors responded, requesting that the social worker ask mother to contact them. The children’s solicitor responded stating that a letter had already been sent to the court seeking for the order to be vacated adding if this was not agreed then parties should write to the court. The reality of the situation at the time was that the email letter had been dictated but not sent. A further email from the solicitor for the children confirmed the letter would be sent out later that day.

On the afternoon of 14th April the children’s solicitor sent an email to Her Honour Judge Williscroft (not the allocated judge for the case) outlining the history of the missed appointments, and the lack of communication from the mother, inviting the court to vacate the direction for psychological assessment. That email did not set the bereavement suffered by the mother or the position of the parties. The same afternoon the mother’s solicitors wrote to the court informing it of; the mother’s recent bereavement and attempts to contact the mother. That email set out that discharge of the order was opposed based on last instructions, and invited the court to list the matter for a directions hearing.

Approximately one hour after the mother’s email was sent, an email response was received from Honour Judge Williscroft, attaching the order, stating:
“I have granted the order. I am sorry to hear the mother’s news.”

On 21st April an email was sent on behalf of the mother seeking full reasons for the decision. On 23rd April an email response was received, the reasons appeared to be based entirely upon the contents of the emails sent by the children’s solicitor on 14th April and the mother’s solicitor on 21st April. It is not clear what other information, if any, the judge had about the case. On 30th April the mother applied for permission to appeal, which was granted on 7th May.

The Court of Appeal concluded that the order was wrong and unjust due to serious procedural irregularity. The essential point from the case is, whatever form an application takes and whether or not there is a hearing, the same standards of procedural fairness should apply. The error in the order was the direct result of the errors in the procedure. Lord Justice Peter Jackson said, “the judge should not have made this order and she certainly should not have made it in the way she did.” The appeal was allowed and the direction reinstated, allowing further time for it to be complied with. The Respondent’s Notice, on behalf of the local authority, to uphold the decision on different reasons was dismissed.

Lord Justice Peter Jackson described the decision “arbitrary”. The judge did not take in to account the mother’s difficulties and/or her exceptional family circumstances. The judge did not hear argument from the parties nor did the judge consider the mother’s solicitors’ request for a hearing or explain why a hearing was not appropriate, as the rules require. The judge did not provide any reasons for the decision. The Court of Appeal referring to Black LJ in Re B (a child) (interim residence order) [2012] EWCA Civ 1742; [2013] 1 FLR 963: “Robust case management… very much has its place in family proceedings but it also has its limits.” As I submitted, this went well beyond robust case management.

The judgment reminds parties/practitioners of their obligation to bring to the court’s attention a development that may impact on the timetable: the obvious reason being to avoid delay. Furthermore, the Court of Appeal made it clear that an application made by email must confirm whether the proposed variation is agreed or the position of the parties.

The Court of Appeal outlined the procedure for making applications under Rule 18 Family Procedure Rules 2010. As the judgement states, the framework allows the court to accept and consider applications made without a formal application notice and to make orders without a hearing. Given the current climate, when the courts are under considerable pressure of work and where remote case management hearings have become common, it is desirable for these powers to be used flexibly in the Family Court, in the interests of justice and in the interests of children. However, in order to keep the wheels of justice turning, whilst ensuring fairness, the Court of Appeal is clear that “the court must distinguish applications that can appropriately be made without an application notice from applications that should, because of the importance of the issue or for some other reason, be made by formal notice.” Practitioners can assist the court by considering this collaboratively with other representatives in the case before making application.

Procedural fairness is key. “The fact that an application is made by email or decided without a hearing does not mean that it should receive less careful scrutiny. On the contrary, a judge considering an application on the papers must be alert to ensure that the rules and orders of the court have been followed and that the process is as procedurally fair as if the parties were present in person.”

The challenges of COVID19 and the pressures of time must not be at the expense of justice and/or a fair process. Looking broadly, we must not lose sight of our primary purpose in the Family Justice System, which is to enable courts to deal with cases justly, having regard to the welfare issues involved and the ‘Overriding Objective’ as set out in the Family Procedure Rules 2010, Rule 1.1.

In the current climate, the way we have been working and will continue to work for the foreseeable future means there is a greater need to ensure that lay parties feel they have been heard and that their right to a fair hearing and to due process have not been infringed. I invite the reader to take a look at the work undertaken by the Transparency Project Remote Justice: a family perspective , Remote hearings: a gulf between lawyers and lay parties? and Remote Justice: A Judge’s perspective, which set out the various viewpoints on remote working and remind us not to lose focus on lay clients.

When such important decisions, involving parents and their children, are being undertaken, fairness must be applied. Justice needs to be done as well as seen to be done. This case is a gentle reminder that despite the challenges or changes to the way we work we must not forget the importance of fairness, procedure and justice for all. When our client is vulnerable and/or has particular needs greater care and effort should be made by all involved to ensure their participation rights are maintained and that they feel part of the process rather than a bystander in their own case.

The full judgment is available to read on Bailii here.

Karen Kabweru-Namulemu was instructed by Rachel Palmer and Chris Gabb of Eddows Waldron Solicitors. Thanks are extended to the two Intermediaries who assisted the mother in this case at short notice, Louise Engers and Janet Smith.