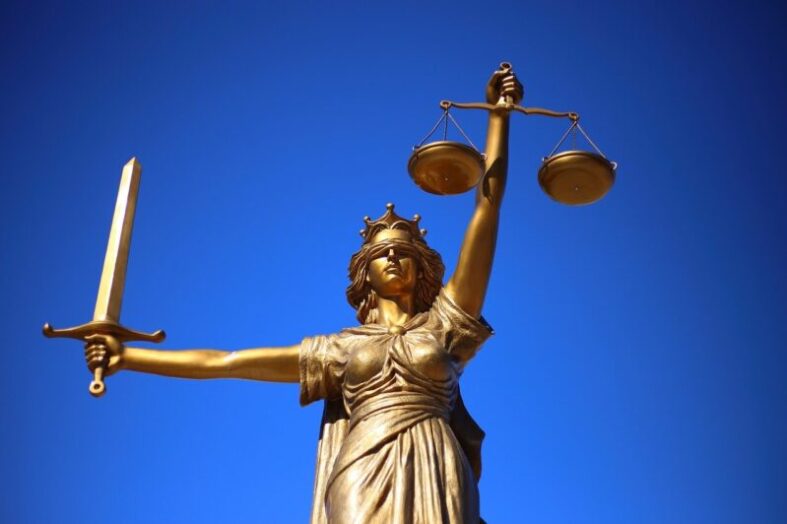 Has the pandemic changed the way jury trials may be conducted?

As anyone immersed in, or interested in, the Criminal Justice System will know, when the first lockdown was announced back in March 2020, in person attendance at court buildings almost ground to a halt. This inevitably meant that all jury trials were suspended, and serious thought had to be given as to how they could safely resume in the future. Social distancing rules and the concern of causing covid outbreaks meant that the reintroduction of jury trials was slow, but by July 2020 and through the introduction of Perspex screens in between jurors and the relaxation of some of the lockdown restrictions, they slowly started to return to barristers’ diaries across the country.

However, courts were still running at a significantly reduced capacity. Even with the installation of portacabins in the court car parks as makeshift jury deliberation rooms, and the increased use of CVP (the courts secure remote video platform) during trials to enable witnesses to give evidence without having to attend a court building if isolating or to prevent extensive travel times, there remained a reduced ability of even the largest crown court buildings to safely run more than two or three jury trials at once- although, given the cuts to sitting days, for some courts they were running more jury trials than they were before covid.

Trials were also being inevitably impacted by covid outbreaks in prisons meaning that defendants were having to self-isolate and could not be produced at court for their trials at the last minute or testing positive themselves halfway through their trial. Witnesses could also not travel to attend court because of isolation problems or jurors themselves were testing positive at some stage through the trial.

Despite the difficulties faced, jury trials where there were no other intervening problems were running successfully. Although, with future trials starting to already be listed for 2022 in some parts of the country, the effect of restarting trials was having only a negligible impact on the 40 000+ backlog of cases that the courts faced as a result of years of court closures and funding cuts.

The overall result of all of the issues faced was that trial listings are currently like gold dust, and everyone involved in a trial in the current climate including the CPS, counsel and judges are eager to ensure that any trial that is listed is effective and can be conducted during the time allotted for it. This can be exemplified by a trial I observed in Northampton Crown Court in January 2021.

Following weeks of different areas of the country flitting in between tiers, a second nationwide lockdown was eventually introduced shortly after the New Year. The trial in question for this article was due to commence in the first week back after the festive period, concerning an individual who had been indicted with sexual offences against a young child. Although the defendant was on bail and would not necessarily have otherwise been afforded priority for his trial to be heard (over custody trials), trials where there are child complainants are given priority alongside custody cases, and this complainant was still young at the time the trial came to court.

In contrast to the first lockdown, courts were to remain open and jury trials were to continue. Attending court as a witness or for jury service are ‘reasonable explanations’ for leaving your home during lockdown.

However, on the first day of the week the trial was due to be heard, counsel in the trial were faced with numerous obstacles to getting the trial underway;

– The complainant lived in Lancashire, over 4 hours away from the trial court, and therefore due to covid the family were concerned about travelling to the Midlands
– The complainant also required an intermediary
– The mother of the complainant was a witness in the case and was also 8 and a half months pregnant
– The OIC in the case was self-isolating, and had been due to travel to Lancashire to liaise with the witnesses and take the jury bundle down to them
– A defence witness resided in Lancashire and could not travel

Both prosecution and defence counsel in the case had been at the criminal bar for more than 20 years and had grown into the profession with a traditional view of how a jury trial would be conducted- with all live evidence being given in the courtroom in front of the jury. Their mindset initially was that, faced with all of the above problems, there was no way that they were going to be able to run the trial effectively. Communications the day before the trial was listed mainly centred around the fact that they would have to turn up for 11am the next morning in front of the Judge and apply for the trial date to be vacated in the hope that it could be listed again in the latter half of 2021.

However as outlined above, trial listings are extremely valuable, and Judges and counsel alike are therefore much more eager to consider creative and innovative methods to enable the trial to be effective. With that in mind, just two hours after the trial was listed at 11am, the judge hearing the case and both counsel had established ways around the issues faced, and that afternoon the jury were empanelled and the case opened.

Although the trial had gotten underway, the way in which counsel decided to overcome the issues outlined above was through the reliance on technology. As we have all learned over the last 10/11 months, remote hearings are heavily fraught with wi-fi problems, cameras not working and time delays. One of the most well-heard phrases of 2020 is ‘you’re still on mute!’. Therefore there was still every opportunity for the trial to collapse. This was how it played out.

The first problem to overcome was the fact that the OIC was self-isolating and therefore the initial plan to have her travel to Lancashire to be with the complainant and her mother, and also to take a printed copy of the jury bundle down to her, was no longer possible. Instead, an officer from the local force in Lancashire, who had also been working on the case at ‘their end’, was contacted and asked to step into this role. The jury bundle was securely emailed to her, printed off and taken to the complainant’s house on the morning she was due to be giving evidence. The officer and an intermediary both attended at the house on the day the complainant and her mother were to give evidence, with paper copies of the witness oath and even a bible should one be required. A ground rules hearing was also conducted whilst testing the link between the court room and the complainants’ home which had become a mobile court room for the day. So far so good!

An important step in a trial before any witness gives evidence is to have a pre-evidence witness meeting. These are always done face to face between the prosecutor and the witness which allows for introductions and in particular with young complainants, the chance to see at the outset the person who is going to be asking them questions at the outset. In this case- the check was done via Facetime, which worked really well for both the complainant and counsel. Another tick.

One issue generally with joining a hearing remotely with some people being present in the courtroom is that as the court room is often so large, the cameras available do not give a close enough view of the people in the court room who may be speaking to you or asking you questions. In this case, it was a concern that the young complainant would be being asked questions by two people who she could not see, could not make any form of eye contact with, and this may have negatively impacted on her being able to give the best evidence she could. A suggestion which had worked previously for prosecution counsel in the case was that both barristers would also join the remote link from their own laptops, whilst being in the court room. This allowed for the complainant, and for any future witness, to be able to see each of them when they were asking her questions, and by switching off their microphone and volume, that prevented any feedback.

The live links were used for all of the witnesses, and aside from one issue where the OIC had connection troubles, this was remedied within the minute and the evidence being given by the witnesses involved ran incredibly smoothly. In fact, the only person in this trial to give live evidence physically in the court room in front of the jury was the defendant. A trial which 5 years ago would have been unthinkable, which never would have been possible without the innovative developments of the use of technology in trials, ran incredibly smoothly and was brought to a conclusion.

We may not have yet reached a stage where an entire jury trial can be conducted remotely, nor do many wish for that stage to be reached. What this example demonstrates is how a trial doomed for failure at the outset can actually be very sensibly, safely and successfully conducted without requiring witnesses to physically attend the court building. Although this may not work for every case hit by covid-19 and isolation issues, it is certainly an important lesson to be learned and to be followed in the coming months to prevent trials being unable to move forward and court time being wasted.

Notwithstanding the current rollout of covid vaccinations, there is no telling how long the current restrictions going to be in place for in particular the rules over social distancing and the restrictions on travelling across the country. This approach of significant flexibility as to where from and how witnesses can give evidence in a trial is therefore vital to enable the criminal justice system to keep moving forwards. Without the opening of Nightingale courts as promised or substantial investment in the courts system as a whole, the backlog of defendants and victims alike waiting for their cases to get to trial is only going to increase. It is therefore even more important for those cases that are listed in each court room each week to be effective as much as is possible.